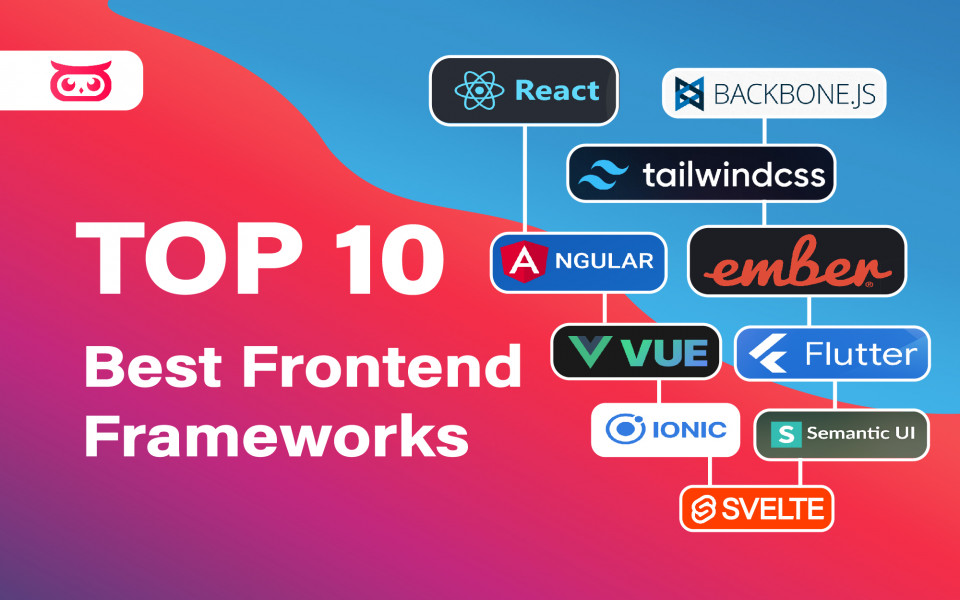 
To become a web developer, Frontend framework is a more complex and confusing thing to know which to learn for future use. There is a number of frontend frameworks available in the market but we are discussing a few of them. Few of them were most powerful to work with and reliable to use, they have multiple libraries are available that you can use in your project. After reading this article, will not only help to know which framework is best for you but also help you prosper in your career.

Choosing best frontend frameworks means providing the best user interface (UI). On a web page, What users can see? page design, layouts, background, colors, and all, These all things are User Interface. Which is developed with the help of a framework. Fast and simple user interface is good for user interaction where users can understand easily.

What is a framework?

Frameworks are a bunch of code structures which store in multiple files that can be used to develop software. Using a framework, you don't need to write code from scratch your development becomes easy and more secure than core language.

Most of the frameworks are MVC (Model-View-Controller)  and some of them are using MVP (Model-View-Presenter) and MVVM (Model-View-ViewModel) structures which make them more powerful to use for large-scale projects.

What is a front-end framework?

Frontend frameworks are bundles of javascript codes with CSS and HTML components that you can include in your website, web app, and mobile app. Frontend Framework makes it much easier for a developer to develop any user interface for their application faster.

There are so many options to choose a framework when it comes to developing high-scaled applications. To help you out, with which to choose. Below is a list of the Best Frontend Frameworks for you.

More to read: Top best code editor for a programmer

Why should you use a frontend framework?

Easy and reliable to use, less amount of code to write, reusable same code on other projects. Multiple libraries are available to use which makes development easy. And make it easy to solve code errors because their community is strong, you can get any solution easily.


React is the most popular open-source framework build in javascript for developing the user interface. It has the biggest developer community over 40.14% of users are using them as per a StackOverflow survey. React is developed by Facebook in 2011 and it become an open-source framework in 2013 it start to grow its popularity.

React became popular because of its Virtual Document Object Model (DOM). DOM is a representation of an HTML element which kept in memory and sync with real DOM that are present in a webpage or web framework.

React Have State Management, Routing, and API interaction which helps to develop high-level scalable platform. Many companies are already using react like PayPal, Netflix, Walmart, Tesla, and others.


When we talk about frontend,  there is no list possible without angular. Angular is one of the most popular frameworks maintained by google. It was initially released on 14 September 2016 by Google. It’s mostly used in highly scalable large projects due to security and demand.

It is the only framework that is based on Typescript. It is a highly demanding framework by Multi-National companies. Angular use its two-way data binding feature. It means there is a real-time synchronization between the model and the view,

Its directory structure, components, routing, and models are very complex to understand and its directory used MVC patterns (Model View Controller) that make them a more strong and more secure framework.


Vue is the popular performant and versatile framework that works on MVVM patterns for building web user interfaces. It is created by Google Ex-employee “Evan You” after realizing that angular is much more complex to use. Vue compiles the templates into Virtual DOM render functions.

Vue is a lightweight framework that uses Visual DOM and component-based programming while offering a 2-way binding. Vue became more popular after Laravel adopted and make their primary frontend framework.  It is used by many big players such as GitLab, Alibaba, Adobe, Nintendo, and Laracasts.


Flutter has been released in May 2017 created by google, The strongest competitor of javascript. When some people were trying to develop their frontend framework in javascript or typescript google launched their framework in Dark. Everyone was shocked why Dart? but google knows that dart is strongest player on their list. In Flutter, no need to write different code for two different platforms Android And IOS. 90% of the code is reusable in it. Similar solutions have been offered for native iOS and Android mobile app development but Flutter is an independent SDK.

Flutter is pretty hard to learn but once you do learn to code in Flutter things will get easier. In other hand when you write code in JavaScript your code becomes very slow, most of the animation loads slowly but in a Flutter, your code, application, and animation work smoothly. Flutter execution time is more faster than any javascript of typescript framework.

Flutter comes compiled with ARM x86 native libraries, which makes it really fast. Flutter is on growing framework, its community is not much bigger like angular or react


Svelte is the most loved framework on the 2021 StackOverflow survey and has 50K Github stars it’s not as common as the framework but it is very well loved by the people who do use it. Svelte is the latest modern framework for building user interfaces. Whereas traditional frameworks like React and Vue do the bulk of their work in the browser, Svelte shifts that work into a compile step that happens when you build your app.

Svelte is a good choice if you need to develop small applications, For beginners, it’s good to start coding.


One of the easiest and lightweight framework based on the MVC pattern. Backbone was developed in 2010 by Jeremy Ashkenas. It has a proper structure by providing models with customized events and major key-value binding. It is lightweight because it only uses two JS libraries: Underscore.js and jQuery.

It allows to build projects with dissimilar types of users. It is mostly used in large projects. You could also use tools like Thorax, Marionette, Chaplin, Handlebars, and more to make your work faster.


Semantic UI is new in the market and was created by Jack Jukic in 2014. One of the simple and easy frontend framework, beginners can adapt easily and simply make commands on it.
It used natural languages like noun/modifier relationships and it's supported by JQuery and Less.


Ember is a productive, battle-tested JavaScript framework for building modern web applications. Ember is created in 2011 that is component-based and offers two-way data binding similar to Angular. It is used by many popular companies, including  DigitalOcean, Apple Music, Square, Inc., LinkedIn, and others.


Tailwind is a modern CSS framework that gives access to write a responsive stunning user interface without leaving your HTML. It was first released in May 2019, It is currently at version 2.2. Since its release. It gives developers super powers to develop custom UI. Tailwind allows them to build websites with a clean consistent UI out of the box.


Ionic is an open source framework for building a cross-platform, native app, and web app and it was created by Max Lynch, Ben Sperry, and Adam Bradley of Drifty Co. in 2013. It moves faster with a single code base. Ionic uses HTML, CSS, JavaScript, and Angular for application development.

How to choose best frontend frameworks for your need?

Best Frontend Frameworks should have the quality to develop a fast and responsive user interface. It should have availability to use same code on multiple cross-site platforms, Lightweight, and easy to understand learning curve.

There are many frameworks available in the market but choosing a single framework is hard but all things totally depend on your requirement and your need.

So these are my Top best frontend frameworks list, I know your 90% of the query is been solved but now you don’t understand which to use? Choice of frontend framework varies on your goal, type of application you want to develop, audience and design.

From my side If you want to develop a website frontend, I suggest you to use Vue.js it is pretty easy to learn and simple to understand. It totally lightweight framework many big giants are already using them.

If you want to develop App (Cross-platform) then use Flutter, Their best quality is it’s faster than any frontend framework. You can use the same code anywhere where you want to use it.

Tell us which one you are currently using and which we can add to the list in the comment section below.

We hope you find this article helpful, for more follow us. 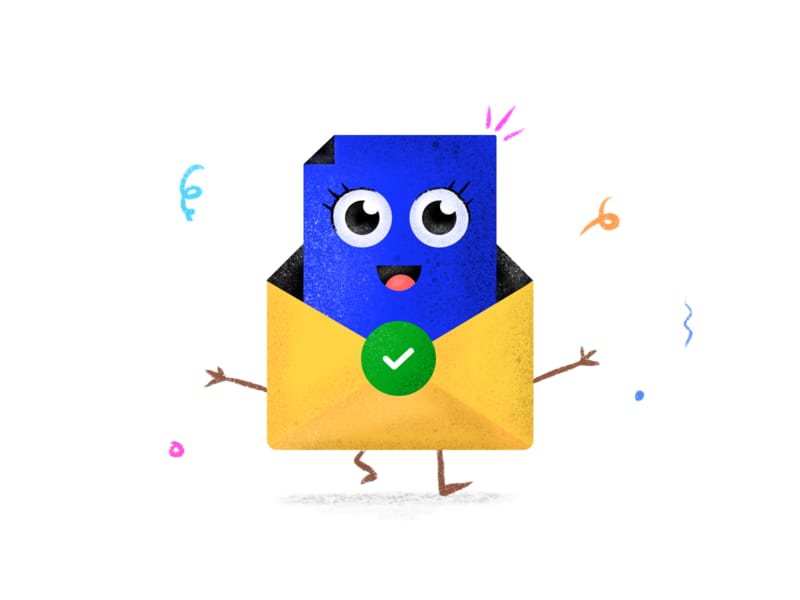 Add your feedback for Shuka Design’s project by signing in or signing up.